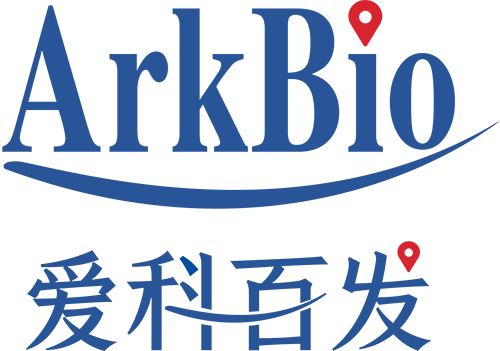 Shanghai, China, Oct. 7, 2022 – Results from Shanghai Ark Biopharmaceutical Co., Ltd. (Ark Biopharmaceutical)’s successful Phase 3 study (AIRFLO) with the respiratory syncytial virus (RSV) inhibitor ziresovir (AK0529) in infants hospitalized with infection were presented for the first time at the 12th International RSV Symposium in Belfast, UK on October 1st, 2022. The study met both the primary endpoint of reduction in signs-and-symptoms (S&S) score on day 3 of treatment, and the key secondary endpoint of reduction in viral load on day 5, compared with placebo. The results were presented by Dr. Jim Wu, CEO of Ark Biopharmaceutical.

In the AIRFLO study, ziresovir demonstrated a rapid clinical effect, achieving 30% placebo-adjusted reduction in S&S score (p=0.002) on day 3 of treatment. The effect was most pronounced in the youngest patients aged less than 6 months. In this group, who are at high risk of severe illness, a 55% placebo-adjusted reduction in S&S score was achieved (p<0.001). Moreover, in the patients admitted to an intensive care unit (ICU), the length of ICU stay was significantly shorter in the ziresovir group than in patients receiving placebo (median 3.0 vs. 8.0 days; p=0.05). Such results indicate potentially significant pharmacoeconomic value of ziresovir to healthcare systems.

Ziresovir also showed a significant anti-viral effect: the active treatment group showed 77% greater reduction in viral load reduction on day 5 compared with placebo (p=0.006); and statistically significant viral load reductions in the ziresovir group throughout the treatment period. Follow-up data are available from up to 6 months, during which the incident rate of wheezing was significantly lower in 6-month-old or below children treated initially with active drug than with placebo (9.0% vs. 26.3%; p=0.02). The favorable safety and tolerability profile reported for ziresovir in earlier clinical studies was confirmed in the AIRFLO study, with no significant differences in the frequency of treatment-emergent adverse events between ziresovir and placebo.

“This is the first successful phase 3 trial with an orally antiviral drug to treat hospitalized infants with moderate to severe RSV infection. I congratulate Ark team for the achievement. The phase 3 data showed that ziresovir exhibits significant clinical benefits and antiviral effect with a good safety profile in the treatment of RSV-infected hospitalized infants, and significantly reduced recurrent wheezing out to 6 months post-hospitalization.” commented Dr. Pedro (Tony) Piedra, professor of molecular virology and microbiology, and pediatrics at Baylor College of Medicine. “The AIRFLO study results support ziresovir as an effective anti-RSV therapy. Based on these encouraging findings, we are continuing our development efforts to quickly bring ziresovir to very needed RSV patients in China and globally” said Dr. Wu, CEO of Ark Biopharmaceutical.

RSV is a highly prevalent airborne RNA virus which enters the trachea and lungs through oral and nasal inhalation, invades epithelial cells and causes damage in respiratory tract, which can lead to excessive airway mucus, lumen blockage, and dyspnea. The common symptoms of RSV infection are runny nose, fever, cough, and wheeze. Under serious conditions, respiratory distress and complete airway blockage may occur, leading to respiratory failure and death.

RSV infection is the leading cause of hospitalization and death in children under five years of age worldwide. According to The Lancet, there were 33 million RSV-related acute lower respiratory tract infections among children under 5 years of age worldwide in 2019, resulting in 3.6 million hospital admissions and 101,400 deaths due to RSV. Even in children with mild symptoms, untreated RSV infection may develop into chronic respiratory diseases, such as wheeze and asthma, and affect a child’s long-term growth and development.

The populations most susceptible to RSV infection are children, the elderly, and adults with impaired immune functions. Over 90% of children are infected with RSV before 2 years of age. At present, there are neither effective vaccine nor treatments available that specifically target RSV.

About the International RSV Symposium and ISIRV

ISIRV was founded in 2005 as the first scientific society with a fully worldwide remit focused on influenza and respiratory virus disease.

Ziresovir is a novel small-molecule RSV fusion (F) protein inhibitor. It binds to the F protein of the virus and prevents viral entry into human cells and viral infection. Ziresovir can also suppress virus transmission by blocking cell fusion through the formation of “syncytia”, a characteristic event of RSV infection of host cells.

Ziresovir is the first orally anti-RSV drug that has successfully completed a phase 3 pivotal clinical study globally. It is the first pediatric drug discovered and developed in China before expanding to the rest of the world. Ziresovir is also the first non-oncology investigational product ever granted breakthrough designation by the Chinese National Medical Products Administration (NMPA).

Airflo was a randomized, double-blind, placebo-controlled, multicenter, phase III clinical study to evaluate the efficacy and safety of ziresovir in hospitalized infants aged 1 to 24 months with moderate to severe RSV infection in China. The primary endpoint of study was the active drug superior to placebo in terms of changes from baseline in bronchiolitis signs and symptoms score on day 3 of treatment. The key secondary endpoint was to evaluate antiviral effects of ziresovir to placebo on day 5. The study consisted of two parts with Part 1 (54 subjects) to mainly assess drug’s safety and pharmacokinetic in Chinese subjects, and Part 2 (248 subjects) to evaluate drug’s efficacy. For each study part, eligible subjects were randomized in a 2:1 ratio to receive either ziresovir or placebo BID for 5 days. There were 2 periods in each study part. The main study period included a 36-hour screening period prior to the first dose, a 5-day treatment period and a 9-day safety follow-up period. The second part was a 24-month information collection period from the end of the safety follow-up period at Month 6 and at the end of the second year. During this period, data on respiratory sequelae (number of wheezing recurrences, duration, treatment, diagnosis of asthma) were collected.

Ark Biopharmaceutical is a biopharmaceutical company focusing on discovering and developing novel drugs for unmet medical needs, especially in pediatric and respiratory diseases. Since its inception in 2014 as Ark Biosciences, the company has established core technology platforms and discovered drug candidates with global patent protection. Through in-house R&D efforts and external collaborations, it has developed a promising and highly differentiated product pipeline. The core product, ziresovir, is the leading RSV antiviral drug that received a breakthrough designation from NMPA and successfully completed a pivotal phase 3 clinical trial. Another near-commercial asset is an ADHD drug AZSTARYS recently approved by FDA. Ark Biopharmaceutical owns the right for development and marketing AZSTARYS in Greater China. The pipeline also includes a battery of clinical and pre-clinical stage drug candidates with first- or best-in-class potential for global market.

Ark Biopharmaceutical has a track record of successful collaboration and partnership with multinational pharma companies such as Roche/Genentech, world-leading academic institutions such as The Scripps Research Institute, the Institute of Microbiology of Chinese Academy of Sciences, domestic and global biotech companies, as well as multinational investment institutions.