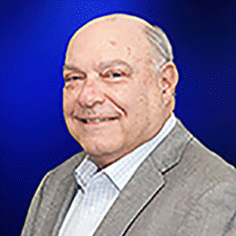 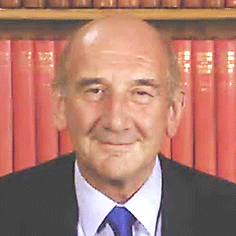 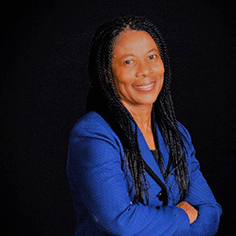 Gerald J. Yakatan, Ph.D. is a serial entrepreneur who has been a founder of multiple companies in the pharmaceutical R&D arena and currently serves as Chairman & CEO of Hangzhou Yagadol Pharmaceutical Technology Co., Ltd which focuses on innovative drug discovery in inflammation. He also serves as chairman of IriSys, Inc., a US CDMO specializing in formulation development, cGMP manufacturing of clinical trial materials and commercial products and consulting in drug development and FDA strategy. IriSys has a group of clients in different countries, such as US, China, Japan, Korea, Russia, Australia, Canada etc. Dr. Yakatan served as President & CEO of Avanir Pharmaceuticals where he led development efforts resulting in the NDA submission for Nuedexta® and was responsible for the development, regulatory approval and commercialization of Abreva®. In addition, he led the licensing efforts in Avanir that resulted in a partnership with Novartis for a novel anti-inflammatory program and a partnership with AstraZeneca for a novel approach to treating atherosclerosis. Avanir was acquired by Otsuka Pharmaceutical in 2014 at a price of USD 3.5 billion. Dr. Yakatan has also served as VP for Product Development Worldwide at Warner Lambert/Parke Davis where he was involved in the development and decision making on multiple new drug products including Lipitor, Lopid, Quinapril, Eryc and Doryx. He was the Founder and CEO at Tanabe Research Labs, USA, a wholly owned subsidiary of Tanabe Seiyaku of Osaka, Japan and also served as Pharmaceutics Chair at University of Texas at Austin. He has served on numerous not-for-profit organizations, such as the National Board of Directors of the American Technion Society (ATS), and was president of the San Diego chapter from 2004 to 2009; Fellow of American Association of Pharmaceutical Scientists (AAPS); received distinguished alumnus awards from the University of Florida and from Temple University, and established a Yakatan Endowed Scholarship Fund at Temple University to provide more opportunity for future pharmacists, scientists or entrepreneurs.

Brief introduction:
Professor Borje Darpo is board-certified in cardiology and internal medicine. He is Chief Scientific Officer at ERT, a world leading CRO in clinical pharmacology. He is an associate professor of cardiology at the Karolinska Institute in Sweden. Borje has more than 18 years of industry experience, including senior management positions at small, mid-sized and large pharmaceutical firms and at a global contract research organization. He has led or has been responsible for projects in all phases of clinical development, including the filing and approval of a New Drug Application. Borje authored internal QT guidance documents for the design and conduct of clinical QT assessment and advised a large number of clinical trial sponsors on design, conduct, interpretation and regulatory communication on TQT studies. Borje’s broad experience includes participation in the generation of existent regulatory guidance on QT assessment (CPMP and ICH E14). He was former co-chair of the International Life Sciences Institute/Health and Environmental Sciences Institute cardiovascular safety subcommittee and member and co-chair of the scientific oversight committee of the Cardiac Safety Research Consortium, generating internal company-specific guidance on cardiac safety assessment and numerous reviews of programs, both internally and as a consultant. Borje also served as the European Federation of Pharmaceutical Industries and Association deputy topic leader for the ICH E14 Implementation Working Group, which worked on the regional implementation of this guidance and provided support to sponsors through a Q&A process. Borje, in collaboration with the industry and the U.S. Food and Drug Administration, led the IQ-CSRC study, which validated the concept of applying exposure-response analysis on data from early stage clinical trials to replace the TQT study.

Peter Barnes is Professor of Thoracic Medicine and was Head of Respiratory Medicine at at Imperial College and Honorary Consultant Physician at Royal Brompton Hospital, London from 1987-2017. He qualified at Cambridge and Oxford Universities and undertook clinical training in London. He has published over 1200 peer-review papers on asthma, COPD and related topics and has edited over 50 books. He is also amongst the top ten most highly cited researchers in the world and has been the most highly cited respiratory researcher in the world over the last 30 years. He was elected a Fellow of the Royal Society in 2007, the first respiratory researcher for over 150 years. He is currently a member of the Scientific Committee of the WHO/NIH global guidelines on COPD (GOLD)and previously also for asthma (GINA). He serves on the Editorial Boards of over 30 journals. His research is focused on cellular and molecular mechanisms of asthma and COPD, understanding and developing therapies and research into biomarkers for these diseases. He is involved in multidisciplinary translational research which integrates basic science with clinical studies, thereby providing novel insights into common airway diseases.

Dr. Gilbert-McClain is an accomplished leader in regulatory science and in the development of pulmonary and critical care drug products with over 18 years of experience at the United States Food and Drug Administration (FDA).  At the FDA Dr. Gilbert-McClain served in various review roles as Primary Clinical Reviewer, Clinical Team Leader, Cross-Discipline Team Leader (CDTL), and for the last 10 years of her tenure, was the Deputy Division Director in the Division of Pulmonary, Allergy, and Rheumatology Products (now the Division of Pulmonology, Allergy, and Critical Care). Dr. Gilbert-McClain is board certified in Internal Medicine, Pulmonary Diseases, and Critical Care. As a previous Deputy Director in the review division at the FDA that is responsible for overseeing development of pulmonary drug products, she has considerable experience in developing therapeutics for lung diseases. She was involved in development programs for conditions such as idiopathic pulmonary fibrosis, asthma, chronic obstructive pulmonary disease (COPD) and adult respiratory distress syndrome (ARDS).

Dr. Gilbert-McClain received her MD from Instituto Superior de Ciencias Medicas de la Habana, in Havana, Cuba. She completed an internship and residency program in Internal Medicine at Howard University Hospital, Washington, DC, and a 3-year fellowship in Pulmonary diseases and Critical Care Medicine at Indiana University Medical Center, in Indianapolis, IN. Following completion of her fellowship, she worked as a Senior Staff Fellow at the National Heart Lung and Blood Institute (NHLBI) at the National Institutes of Health (NIH) where her research focus was on phosphodiesterase inhibitors as a potential therapeutic for pulmonary sarcoidosis. Dr. Gilbert-McClain has published numerous articles in peer-reviewed journals and is a practicing clinician.

University of Alabama at Birmingham

Brief introduction:
Dr. Whitley is a Distinguished Professor, Loeb Scholar Chair in Pediatrics, and Professor of Microbiology, Medicine and Neurosurgery, at the University of Alabama at Birmingham. He is the Co-Director, Division of Pediatric Infectious Diseases; Vice-Chair, Department of Pediatrics; Senior Scientist, Department of Gene Therapy; Director for Drug Discovery and Development and Senior Leader, Comprehensive Cancer Center; Associate Director for Clinical Studies, Center for AIDS Research; and Co-Founder and Co-Director, Alabama Drug Discovery Alliance. Dr. Whitley is responsible for the National Institute of Allergy and Infectious Diseases Collaborative Antiviral Study Group and directs a Center for drug discovery in the arena of emerging infections. He is a past President of the International Society of Antiviral Research and the Infectious Diseases Society of America, and currently chairs both the NIAID Recombinant DNA Advisory Council and the NIAID HIV Vaccine Data Safety and Management Board. He is Gilead Science's Board of Directors. He is an elected member of the American Society of Clinical Investigation and the Association of American Physicians. He is an Honorary Member of the Irish Academy of Science.